The 2022 Volvo XC60 is getting a number of minor updates, plus Volvo is rolling out its Android-based infotainment system to more of its lineup.

Starting with the XC60 news, Volvo is subtly adapting the front and rear bumper styling. It gets new front side intakes and a massaged lower bumper opening. Neither of those nearly unnoticeable changes do much to influence our opinion of the car. The new rear bumper design reveals a slight character adjustment, though. Like other recently-updated Volvos, the exhaust exit is made invisible under the car — there are no longer any exhaust pipes exiting from the rear. The dual exhaust seen on the regular XC60 was a nice touch, but this is simply more of Volvo preparing us for the electric future to come.

As for tech, Volvo says that the XC60 will be one of the models to get the Android-based infotainment for 2022. The 2022 S90, V90 and V90 Cross Country will be adding this infotainment system, too. It comes with something Volvo is calling the “Digital Services Package” for four years at no cost. This package includes the Google Assistant, Google Maps, access to Google Play apps, the Volvo On Call app, a data/internet connection and access to the wireless phone charger. After four years, Volvo says that “customers can continue to use the package by opting for an extension.” 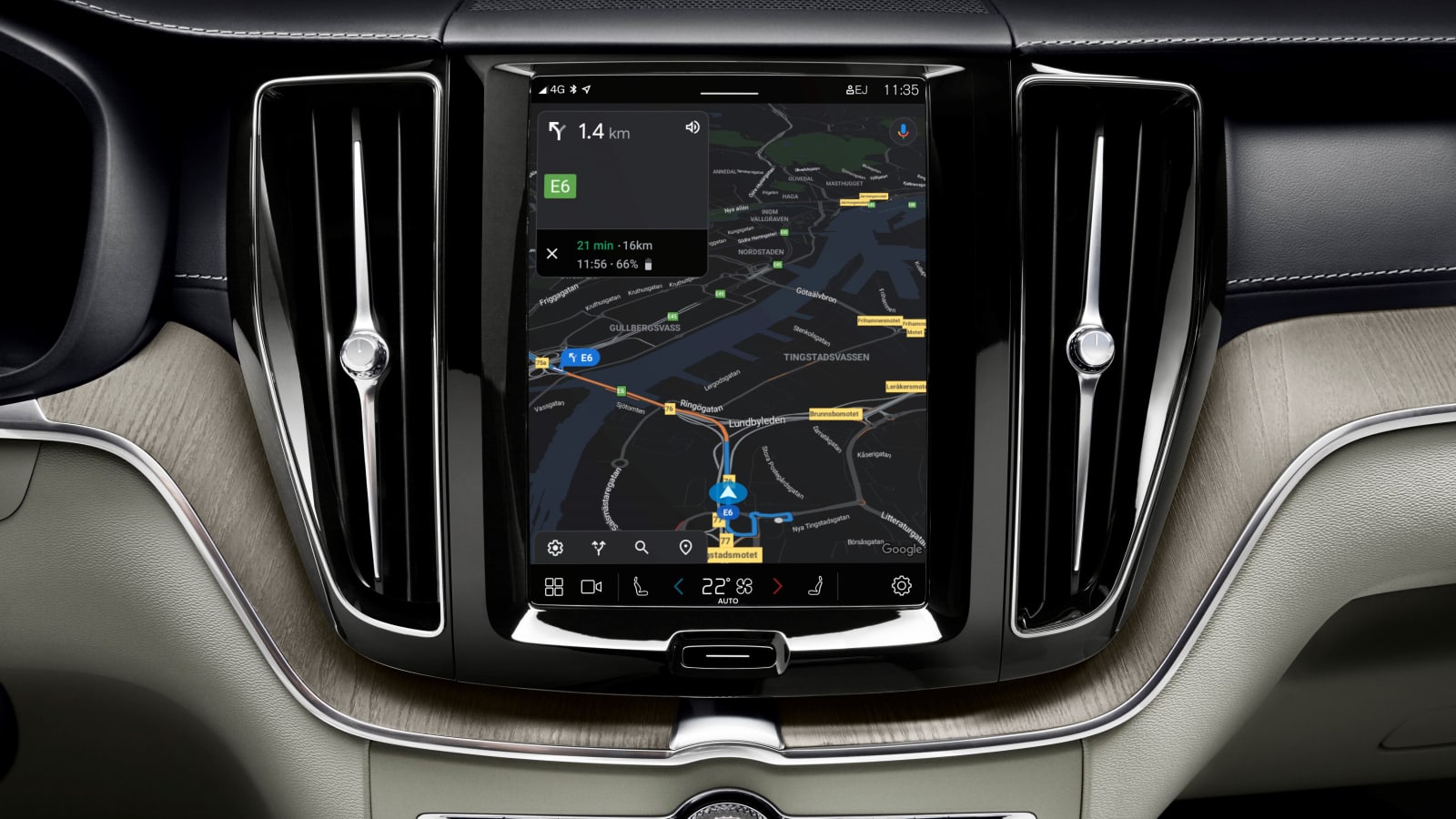 The “extension” will certainly involve paying Volvo for continued access to the programs (though Volvo hasn’t said how much yet), similar to BMW and its proposed subscription-based vehicle feature model. Seeing what you get with the package, it’s made such that you need the package to make the infotainment system useful. Losing access to Google services with a Google-based infotainment system seems crippling on the surface, and Volvo’s tying of the wireless phone charger functionality to this subscription service is also irksome.

Volvo is just introducing this package, and we’re sure it will change over time as it matures, so this likely isn’t the last we’ll hear of the “Digital Services Package” story.

Lastly, Volvo is adding a new in-car ChargePoint app to its Android infotainment system that should simplify the charging process. It eliminates any need for you to get your phone or credit card out when you pull up to a charging station, assuming you’re using a ChargePoint charger. The app will automatically search for ChargePoint stations when the battery gets a preset level, the prompt you with a number of available stations to navigate to. Once there, you must select the correct charger from the on-screen list, then press “start charging” on the screen. Once you’ve done this, you can exit the vehicle and plug in.

The XC40 Recharge electric car is the first model that you’ll be able to charge using this method. Other PHEV Volvos using the old Sensus infotainment system aren’t compatible for the time being, but as more vehicles are updated to the Android-based system, this charging method should become more widely available, too.